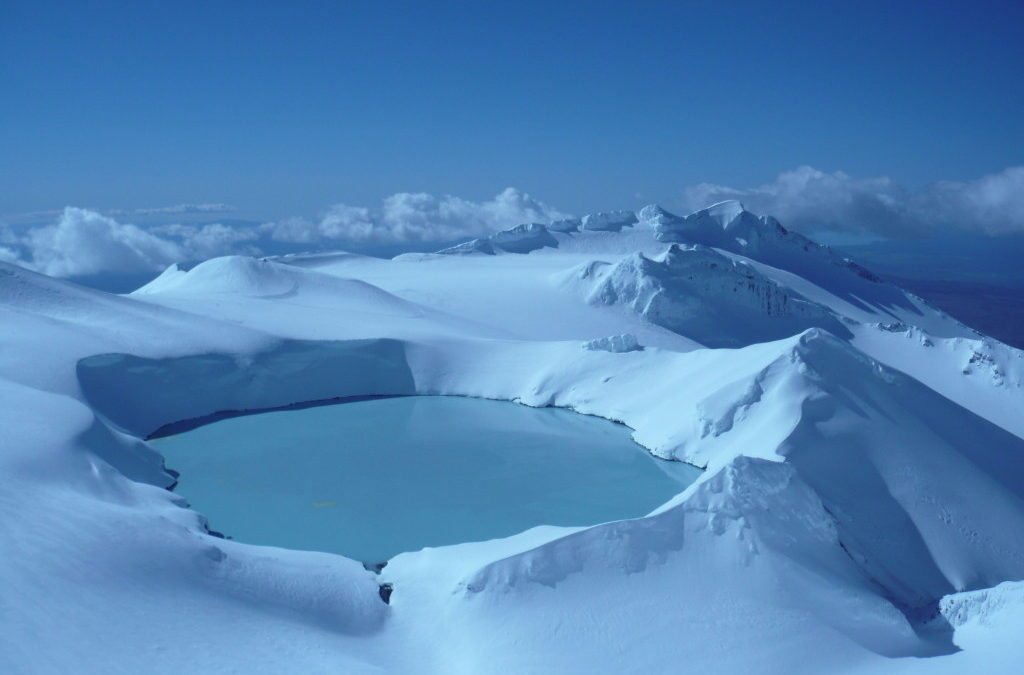 We’re a rugby playing, haka-loving, whitebait fritter eating, jandal wearing, adventurous yet easy-going, friendly country. New Zealand is the Eastern-most country in the world which means we are the first country on the planet to see the sunrise. There’s only 4.4 million of us spread over both islands, however as small and peaceful as we are, we’re a competitive bunch and we love to be first on the map with many things! As we’re so quirky and eclectic, we thought you’d appreciate a little insight into the cool, weird, and wonderful things that make New Zealand so special.

Mount Ruapehu Ski Field; or Whakapapa as it’s known on the Northern side and Turoa on the Southern slope, are two of New Zealand’s largest ski fields. Mount Ruapehu is the only volcano in the world that allows skiing so close to its crater. With the largest lift accessed terrain, highest lift in New Zealand and longest vertical descent in Australasia, Mount Ruapehu is certainly an impressive mountain that must be conquered!

Weird – Home to the First Dogs to Drive a Car

Three New Zealand dogs were put to the driving test, and were taught to drive a modified car around a race track. These cool, calm, collected canines became an internet sensation overnight, all in aid of an effort to show the intelligence of shelter dogs that make highly capable pets. We think this is pretty weird but outrageously cool!

Cool – The World’s First Bungy Jump is in Queenstown

We’re an intrepid breed, which is why we were the first country in the world to have the first commercial bungy jump take place. It all began in 1988 when two crazy Kiwi guys decided to throw themselves off the Kawarau Bridge in Queenstown, leaping from a vertigo-induced height with only a length of rubber tied around their ankles, they took the leap of faith and plunged over the bridge then bounced right back up again. Some may say crazy but to us this just screams awesome!

The white Powelliphanta was most recently spotted during a trip through the Kahurangi National Park on the Northern tip of the South Island (only two have been found in the last 20 years!). These giant carnivorous snails have an off-white milky bar colour embedded in their giant slug like body and are completely harmless. Most snails lay hundreds of eggs, but the Powelliphanta only lay 5 to 10 eggs each year – because they live so long (up to 20 years) and used to have fewer enemies, they didn’t need to have so many offspring, but nowadays their habitat is threatened and they’re unfortunately endangered – so they need advocates like us outdoorsy folk to lobby to protect the environment!

Sir Edmund Hillary was the first climber along with Tenzing Norgay to be confirmed as reaching the summit of Mount Everest. Also named one of the 100 most influential people of the 20th Century, his legend lives on with the Himalayan Trust which Sir Ed set up in the early 1960s. Hospitals, education, conserving the cultural heritage of the region, re-forestation, and emergency relief, are just some of the charitable objectives the Trust focuses its efforts on. Sir Ed is also seen on our $5 note!

Weird – I can see a rainbow

Rainbow Trout, or the Oncorhynchus Mykiss, in the 2kg to 3kg category are caught more frequently in New Zealand than in the rest of the world put together! The Rainbow Trout adults usually run upstream from a lake to spawn in the late winter and early spring. Farmed in the Tongariro River, most Rainbow Trout are caught in the central North Island running upstream from Lake Taupō. The main difference between the Californian Steelhead trout and the bold feeding Rainbow trout, is that the Rainbow trout do not migrate to the sea. These mysterious colourful fish were introduced to New Zealand in the early 1880s, and have basically resided in the central North Island for the last 130 years.

There’s only one Milford Sound, and if you’ve been lucky enough to kayak the Sound or walk the Milford Track, you’ll know it’s a pretty spectacular sight. However, the famous Milford Sound is not actually a sound but a fiord, and the difference between a sound and a fiord is this; a fiord is a glaciated valley that is naturally narrow and steep-sided. About 20,000 years ago the fiords in the Milford Sound were carved out of the mountains by glaciers. A Sound on the other hand, is carved out by rivers, seaways larger than a bay, deeper than a bight, and much wider than a fiord. A Sound is a valley flooded by the sea following a rise in sea levels or depression of the land, or a combination of both.

The midnight blue colour that you’ll see in Milford Sound is the tannin from the fallen leaves of the trees on the mountain sides. The eco-system is also absolutely incredible, like taking you through to another dimension. 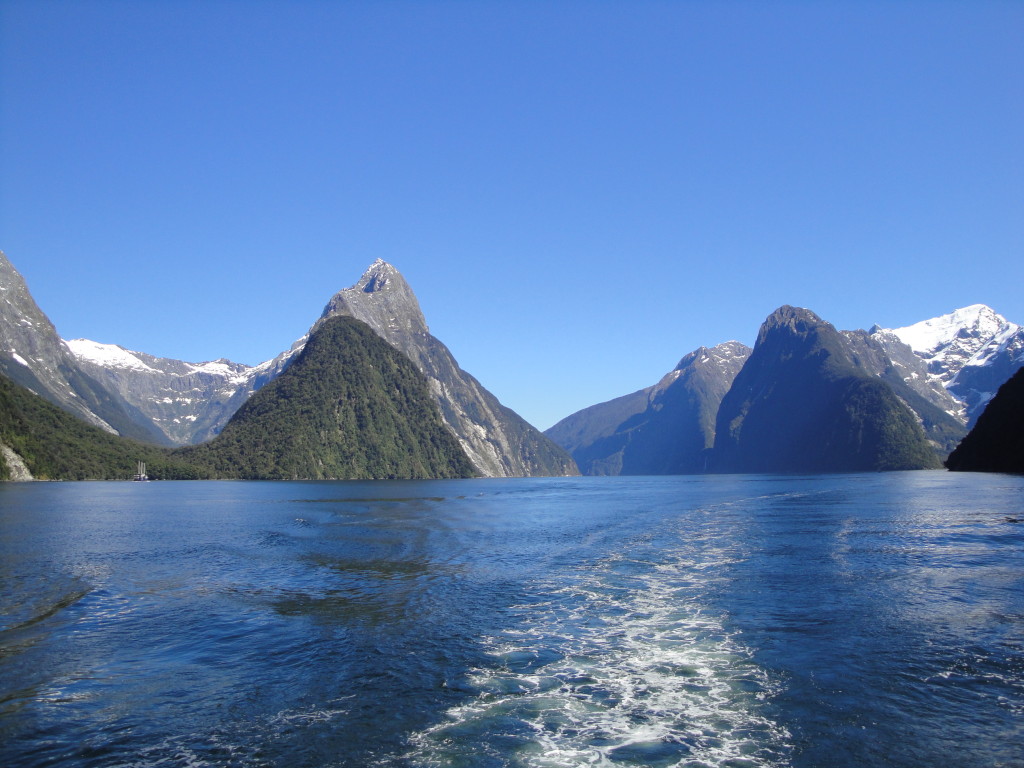 So there you have it, a snapshot of the cool, weird and wonderful things that we love to say are 100% unique to New Zealand. If you do happen to venture across the Tasman or the Pacific to visit us down under, remember we’re a friendly lot who will always show you a good time. New Zealand is a beautiful and enchanting country with plenty to offer: from exploring the Waitomo luminescing glow worm caves, to the erupting mud pools in Rotorua, right down to hidden gems of the West Coast Glaciers – New Zealand has plenty to be proud of. With its natural beauty complemented by its hospitable people you certainly won’t be disappointed! 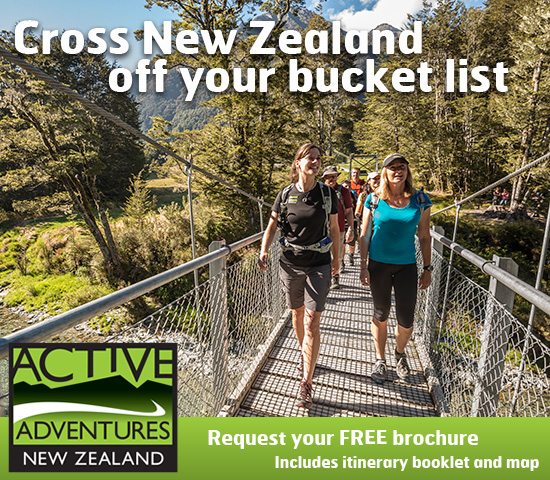 Where do I start?! New Zealand had been number one on my bucket list for as long as I can remember, and it didn’t disappoint. Don’t wait another moment, if New Zealand is the dream, find a way! The ‘Manuka’ trip was beyond any expectations I could have dreamed of! Yes it was physical, but our amazing guides Claire and Jess kept me going and the accomplishment and the views were always worth it. I have memories that will last a lifetime, best money I have EVER spent. Trust me, don’t wait! Go! 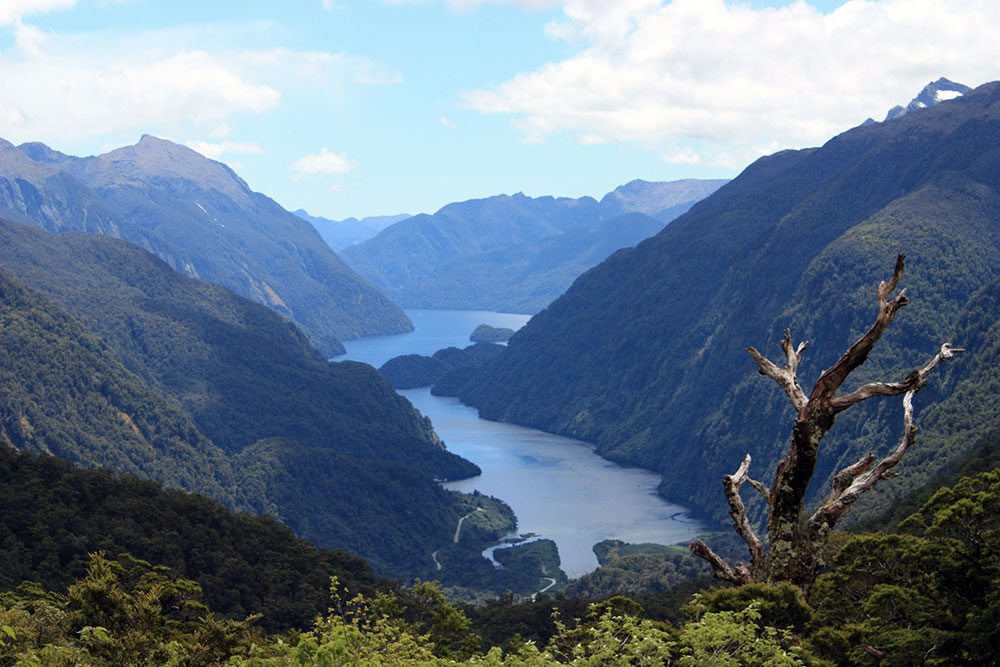 Doubtful Sound is the deepest of all the fiords. It’s long and winding with three distinct ‘arms’ and several outstanding waterfalls…

END_OF_DOCUMENT_TOKEN_TO_BE_REPLACED

Hike the Milford Track with